WIN a Trip to David Barrett's Guitar Summit! - Bobcaygeon, ON 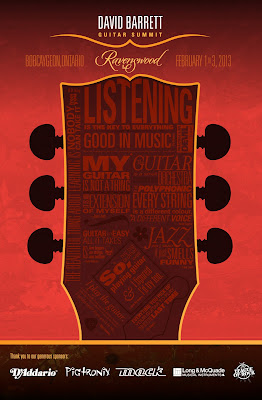 David Barrett has given Long & McQuade a spot for one guest at his upcoming Guitar Summit - and we'd like you to win it!
Simply send an email  by end of day Sunday, January 6, 2013, telling us (in 150 words or less) why you'd like to attend this weekend. Be sure to include your full name and telephone number. All repsonses will be reviewed, and the winner will be randomly selected from the top answers.
Please note: winner must be 19+, and transportation to and from the event is the winner's responsibility.

Having recently recorded his last record with producers Alex Lifeson (Rush) and Alan Parsons (Pink Floyd, Beatles, Porcupine Tree), progressive rock guitarist David Barrett is getting out of town for a guitar workshop retreat. The workshops will include “All About Playing”, performance and technique; “All About Composition”, composing and arranging for guitar; and “All About Sound”, amplification and effects.

This is a very exclusive gathering of a dozen participants in an intimate setting of picturesque Ravenswood, a 200 year-old log home in the woods just east of Bobcaygeon, Ontario (as made famous by the Tragically Hip). The weekend starts Friday afternoon, February 1st and ends Sunday afternoon February 3rd.

Also included in the weekend:

All food, drinks (wine and beer) and accommodation are included.

I'll be going over the incredible line up of Pigtronix effects including the Echolution, Mothership, Envelope Phaser, Fat Drive, Philosopher's Tone, and Class A Boost that were all used on the new David Barrett Trio album!

Posted by Guitarplayyer at 2:40 PM No comments: 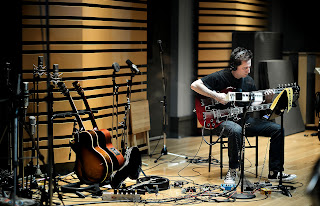 DB3 was asked to take part in an all day Alan Parson recording workshop in Toronto, needless to say the trio jumped at the opportunity. We had been working on our album consisting of ten instrumental songs produced by Alex Lifeson and Richard Chycki, and actually finished recording everything the night before our day at Noble Street studios with Alan Parsons. Alan really wanted to do a tune with vocals, so I already had a tune written and recorded but had not used it yet for the trio, because I felt it was a vocal tune, I sent it to friend, photographer, and sometimes singer Paul Reid. About a day or two later Paul sent me an mp3 of what he had done with it, and I responded with, “I think we’re done...!”. Everything on the final version of Belmonte was recorded in one day and remixed a couple months later by master engineer Richard Chycki at his home studio, Mixland.

Here are some of the details of how we recorded the guitars:

The main guitar track was recorded live of the floor using an Epiphone double neck on the 12 string neck, tuned to open E. The guitar had just been outfitted with new Mack Alnico 4 and 5 humbuckers (it sounded very close to the Gibson EDS 1275 that was on loan to me from Alex Lifeson). Alan then suggested we triple track the 12 string, with each additional track detuned by 1 cent, one up, one down, each overdub went through a Pigtronix Fat Drive, needless to say it sounded pretty thick!

For amplifiers we had 2 isolated Mack amps, a 15 watt Mack Skyraider with a 12” Eminence Red Coat speaker, and a 18 watt Mack Heatseeker with a 12” Celestion Greenback, miked with condenser microphones. Alan prefers condensers microphones on electric guitars, it’s unusual, but I’ve had good luck doing that with my AKG CS 1000 at my home studio.

When it came time to record the guitar solo, I brought out my main guitar, a 1968 Gibson ES 175 that I’ve played since 1982, plugged it into a Pigtronix Fat Drive, Pigtronix Envelope Phaser, using both the envelope follower and phaser, and the Pigtronix Echolution, for additional analog delay and modulation. And again, both Mack amps were used.

So there you have it, it was a bit stressful to record a complete tune with vocals all in one day, and in front of a studio jammed full of a couple dozen recording engineers, but it turned out to be a great day, and the song couldn’t have turned out any better! 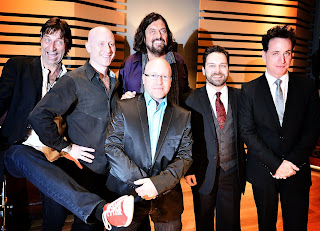 Posted by Guitarplayyer at 12:10 PM No comments: 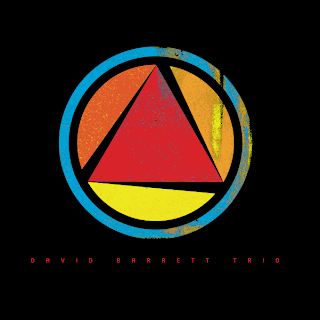 New website for DB3 at www.davidbarretttrio.com
Posted by Guitarplayyer at 12:16 PM No comments: 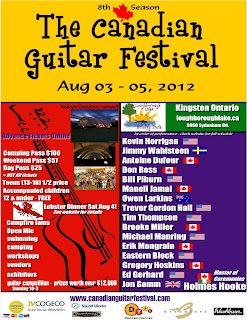 Come check out The Canadian Guitar Festival in Kingston, lots of great players, I'll be judging the competition and doing a guitar workshop Sunday, see you there!
Posted by Guitarplayyer at 8:19 AM No comments:

Posted by Guitarplayyer at 7:44 AM No comments:

Posted by Guitarplayyer at 8:31 AM No comments: 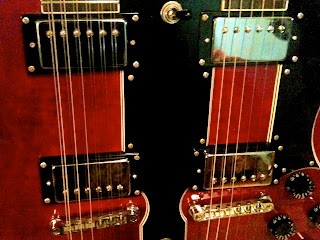 Check out Don Mackrill's blog about installing his new Mack HB-1 Alnico Humbucking Pickups in my new Epiphone Double Neck, we had a great time experimenting and learned a lot!
Mack Amp Blog
Posted by Guitarplayyer at 7:48 PM No comments: 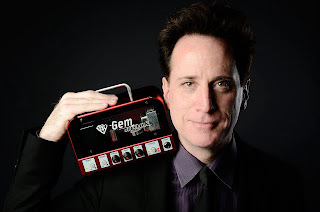 League Of Rock is sponsoring my latest guitar workshop!
Thursday May 10th, 7-9pm at The Gibson Guitar Artist Showroom.
1205 King St. W. Toronto, Admission is $40.
We'll cover how to get great guitar sounds with the latest gear from:
Mack Amps, Pigtronix effects, and of course Gibson guitars, it'll be a blast!
For more info please go to David Barrett Guitar Workshop or www.noisytrade.com
Posted by Guitarplayyer at 9:46 AM No comments:

On May 26th, the  David Barrett Trio will produced by Alan Parsons for his recording workshop at Noble Street Studios in Toronto!
We have a new tune called "Belmonte", with Paul Reid doing vocals, a first for DB3!
Please check out Alan Parsons Master Class Training Session for more information.
Posted by Guitarplayyer at 9:52 AM No comments:

I'm thrilled to be an endorsing artist for Pigtronix, they make outstanding gear, the best guitar effects ever! I'll be using their Class A Boost,  Echolution, Envelope Phaser, Fat Drive, and Philosopher's Stone on the upcoming sessions next week for the DB3 album with Alex Lifeson producing!

Posted by Guitarplayyer at 7:17 PM No comments: 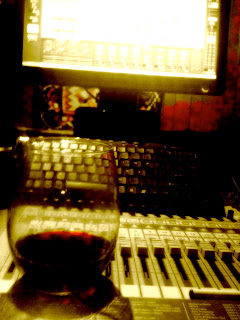 Pre-production this week, 11 tunes recorded, mixed, and delivered to Big Al.
Thanks to the fearless rhythm section of Alexander 'Sascha' Tukatsch and Jason Farrar.
Great sounds, mixing and engineering courtesy of BAHM, thank you Sascha.

Posted by Guitarplayyer at 8:28 AM No comments: 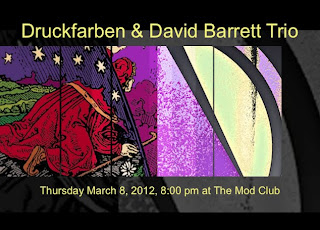 Druckfarben and David Barrett Trio are teaming up for a Progressive Rock double bill.
Virgin Mobile Mod Club, 722 College St. W. , Toronto, March 8, 2012.
Doors at 8pm, show at 9pm, tickets $10 at the door.
We hope to see all you prog rockers there!
Posted by Guitarplayyer at 9:19 AM No comments: 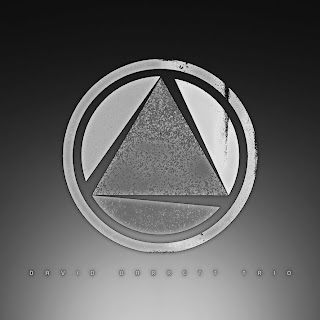 Posted here are original 8 track demoes of the instrumentals initially recorded for the David Barrett Trio album, there are 8 posted of the 40 recorded tunes. It's interesting to see the development of each track as we take it to the band and producer for work on arrangements and producrtion. Please have a listen at Soundcloud, thanks!
Posted by Guitarplayyer at 12:32 PM No comments: